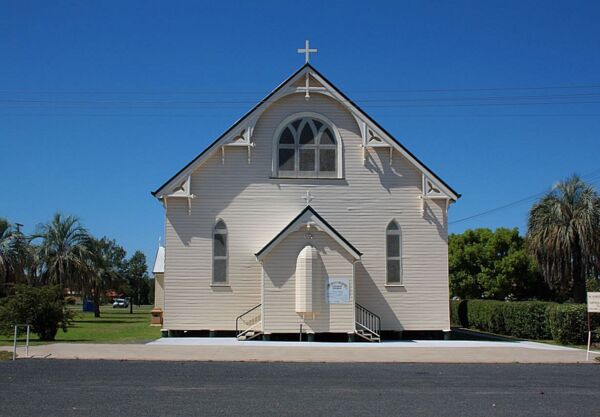 His Grace, Archbishop Dunne on October 21, 1888, opened the first Catholic Church built in Clifton. It was situated on the block on which the current presbytery now stands. Mr M. T. O'Brien was the builder and it cost 247. It was only six months old when discussions commenced about enlarging the church.

James Mowen, a prominent Clifton businessman, who died in 1897, left a considerable sum of money for the erection of a monument over his grave. It was deemed by the trustees of his will that a church would be "a suitable and substantial monument" and so James Mowen's remains were removed from the Clifton Cemetery and placed in such a position that the new Catholic Church would be built over his grave.