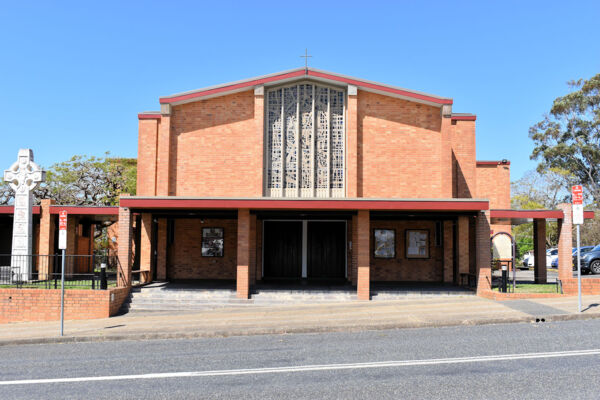 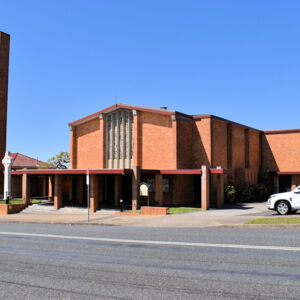 The Catholic Life magazine featured the solemn occasion in its October 1961 issue of the Blessing and laying of the Foundation stone of the current Church.

"The foundation stones of the new St Augustine's Church and the Good Samaritan Sisters' Convent in Coffi Harbour were solemnly blessed and laid by His Lordship the Bishop in a well attended ceremony on Sunday, September 3. Bishop Farrelly was accompanied by Father I McEvoy, pastor of Coffs Harbour.

The official party with the Bishop and Father McEvoy were the Architect, Mr J. Fowell of Fowell, Mansfield and Maclurcan and Mrs Fowell, Mr A. E. Hogbin, deputy president of Coffs  Harbour Shire Council and Mr Mick Cunningham representing the parishioners. The cost of the church, said Father McEvoy, when it is completely furnished, will be between £125,000 and £130,000 if not more.