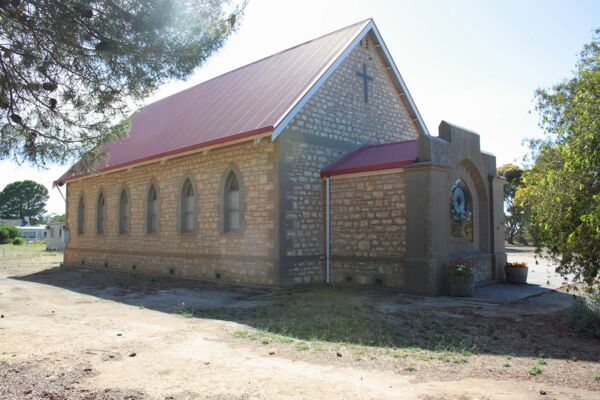 The first Lutheran's to arrive in this district were in 1929. The first services were held in the old Institute on the west side of the railway line. Moves were made in 1946 and by May 1952 construction had begun. The Builders of the church were Mr Kevin Rohrlach and Mr Peter White. Built of limestone which came from Mr Zanker's and Mr Klitcher's properties.

The foundation stone was laid on 25 May 1952 by Pastor L.H. Leske. The church has six gothic windows on each side. Les Seelander did the interior work.

The Church was opened on 16 November 1952 by Reverend R Schumacher of Tailem Bend and Reverend Hansen of Naracoote. Some renovations were made in 1978 including new Sunday school rooms and a kitchen and a new roof was added in 1993.