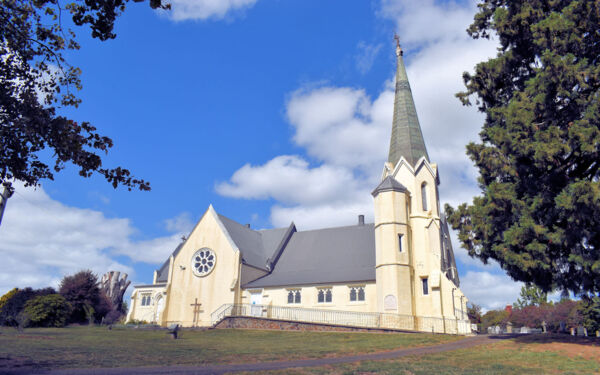 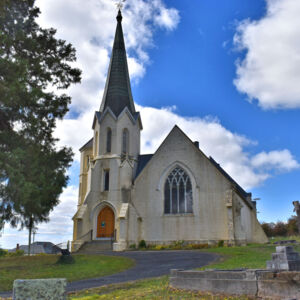 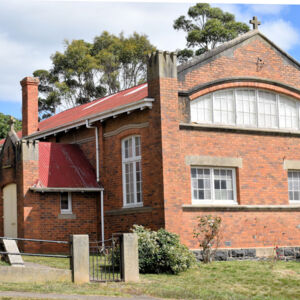 The foundation stone was laid by the Lord Bishop of the Diocese in 1856, but, from various causes incidental to a new country, the work was delayed much longer than Was at first anticipated. The exterior, however, is completed and interior in such a state of forwardness that it is expected it would be ready for opening about Christmas.

It was dedicated in March 1859 and consecrated in March 1860. The Church cost £2,100 to erect. At the time of its opening the Church consisted of the present nave, the tower and spire, and a small chancel measuring 68 ft. The architect for the church was Henry Clayton.

A Foundation sone on the hall next door reads, " This stone was laid by his Excellency Sir W. Grevellison Macartney on Wednesday January 19th 1916".

The Organ was built in 1860 by J.W. Walker, of London at a cost of £60. For a complete description click here.