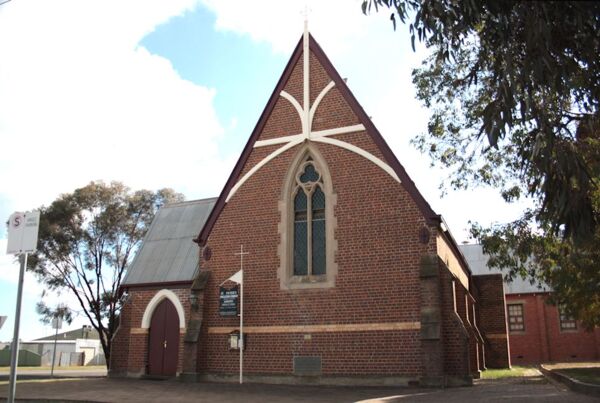 In 1858 Bishop Perry first visited this area. The first church was a log cabin built approximately in 1861 but conjecture surrounds where it came from and who supplied it (Presbyterians or a local land holder). The first Minister to reside in Dimboola was Rev George Geer in 1881. Tenders for a new brick church were called in November of 1884 and a Mr Cooper was the builder. The foundation stone was laid on 23 June of 1885 by Archdeacon Churchill Julius. The opening of the church took place in November of 1885.*

An extension was embarked on in 1927 and again in 1957. Planning for the centenary was commenced in 1983 and at this time repairs were made to the interiors including painting, re stripping of plaster and the structure of the building.*