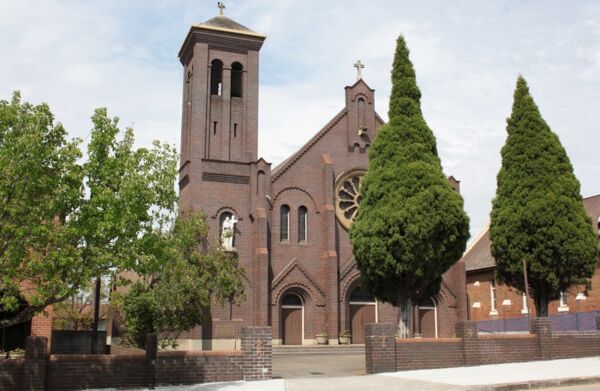 In 1906 locals petitioned Cardinal Moran, the Archbishop of Sydney, to have their own church in the area. Approval was given and a block of land was purchased on New Canterbury Road in 1907.

The Foundation stone was laid in April 1907 by Cardinal Moran Archbishop of Sydney and the church was completed in 1908. Today this is the parish hall.

The foundation stone of the present church was laid in 1925 by Archbishop Michael Kelly. The architect of the Dulwich Hill church was Mr Austin Mackay, who designed in the Romanesque style.

Internally the Church decorations include, two stained glass windows in the apse, depicting the Resurrection and the Ascension, and an unusual timber ceiling in the nave.