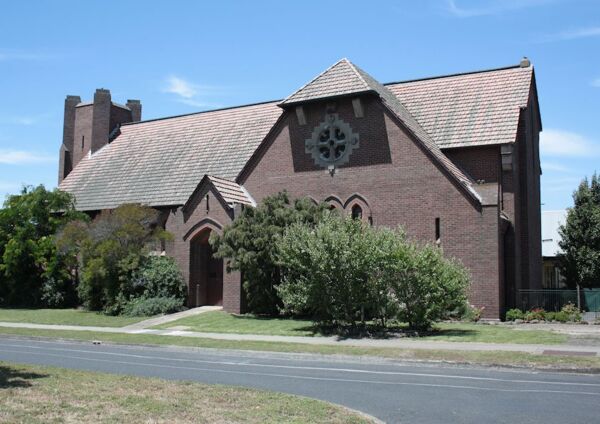 In 1919 negotiations were opened for the purchase of part of the old Geelong Grammar School sports ground, and expansion and planning became possible. The Vicarage was built in 1921 and seven years later on 22 September 1928 the foundation stone of the new church was laid by Bishop Green.