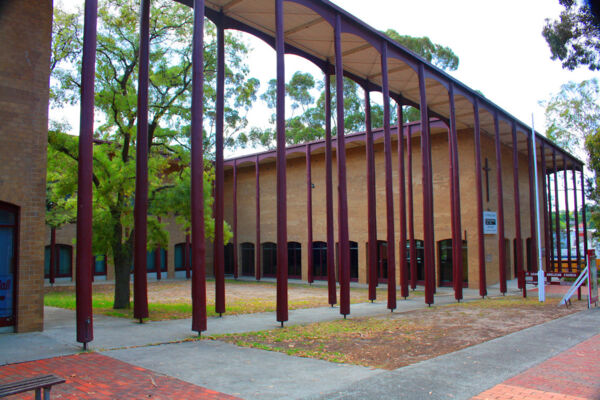 East Ivanhoe Anglican convened a meeting on 12 December 1929 in the home of Mr A Judd in Warnclifffe Road to form a committee to arrange for church services and Sunday school classes to be held in the new area.

Land owned by Mt Bainbridge in Warncliffe Road was available for a church site and an assurance was given that, if the Diocese bought the land, the interest would be met by the newly formed committee.

Drawings submitted by Mr Louis Williams to upgrade the Parish Hall had been deferred in 1961 and in 1962 the Vestry had a new vision of what was needed. The Vestry referred the new architects to the layout of the interior of St Paul's East Kew as it was desired to achieve a similar effect in the position of the choir close contact between sanctuary and congregation and the use of the narthex for additional seating.

The builder of the new church was R.F. Anderson Pty Ltd and was designed by Messrs. Frederick Romberg and Robin Boyd.

The new church and Parish Centre was officially dedicated by the then Archbishop of Melbourne the Most Rev Dr Frank Woods M.A. D.D. on Saturday 7 November 1964.

The Church wardens encouraged by the new Vicar arranged for a demonstration of an electric organ and the ladies guild were invited to be present. Subsequently at the Vestry meeting on 12 December 1961 and offer from the ladies guild to fund the cost of  £1,500 to purchase this organ was gratefully accepted by the Vestry.