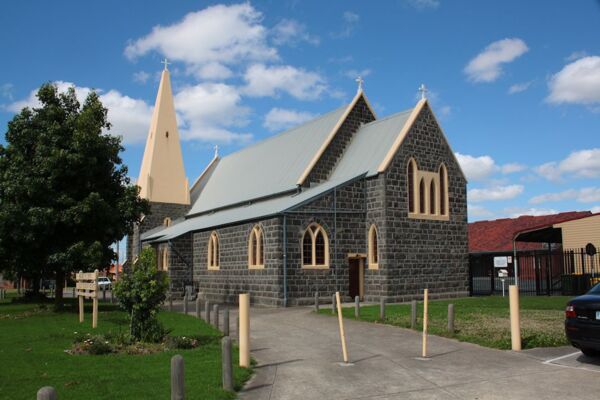 Mass had first been celebrated in the district, then known as Darebin Creek, as early as 1849. It had been held in the home of Alexander McKillop, whose daughter, Mother Mary McKillop, founded the Sisters of St Joseph of the Sacred Heart. In about 1852 a Catholic Denominational School, No. 238, was established. A new wooden building was erected in 1853 for 250, being replaced still later by a bluestone schoolhouse.

The foundation stone was laid by Bishop Goold on 5 November 1865, following the celebration of Mass in a marquee. Opened on 13 January 1867, it is now believed to be the second oldest Victorian Catholic Church outside the inner Melbourne suburbs, after Keilor.

In the 1860s the Epping Catholic community decided to erect a permanent church. Tenders for the construction of the bluestone church walls were called by Thomas Mahoney on 5 January 1865 and for the roof on 4 April 1866. The final cost of the building was 2,196.