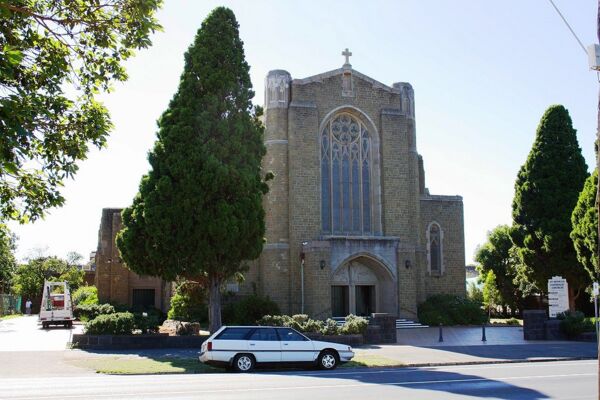 The Parish has its Official beginning at Keilor in 1854 when Father Matthew Downing OSA as the first Priest in Charge of the Keilor Mission. The present St Monica's Church was built on the site of a stone church, begun in 1884, completed in 1910 and demolished in 1934 to make way for the larger building.

The style of the building reflects the Spanish Gothic influence of the Caralan School adapted to modern conditions. This particular phase of fourteenth century Spanish Gothic architecture includes among its finest examples the Cathedrals of Barcelona and Palma.

The foundation stone was laid by Reverend Mannix Archbishop of Melbourne 11 March 1934. The Architects were Messrs Reed, Henderson and Smart and the church was built by Mr W Freeman of Richmond.