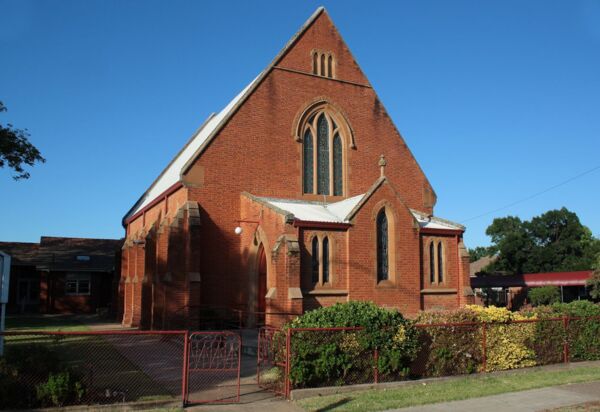 The year 1863 and some say 1861, saw the birth of Methodism in Forbes. The first quarterly meeting on the 1 7th July 1863 was presided over by Rev. N' Fidler. The original church was a wooden building and was built to the east of the present church building and was then destroyed by a cyclone in October 1863.*

Services were then held in the Jewish Synagogue in Templar Street when Rec. H J Layers was the minister. This was continued on by the Revs. Charles Stead, William Robson and Robert Johnston until the church was closed in March in 1870. The closure was due to the end of the gold rush days and people moving away.*

Frequent services were held by the Rev. Joseph Hopkins who was stationed at Parkes. In 1876 he reopened the congregation at Forbes. A wooden church building was erected on the old site around 1877, the exact date was destroyed in a fire when the home of Mrs Wigglesworth and all the records between 1870 and 1892 were subsequently lost.*

The Church has several memorial stones attached to the building, three on 7 February 1906 and one in September of the same year. The Building of Gothic nature consists of a nave33 x 53 ft and a Narthex 22 x 12 ft all built with local sandstone bricks and faced with Pyrmont freestone.*