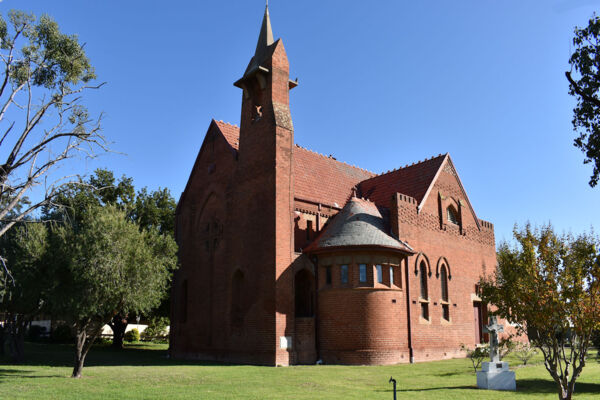 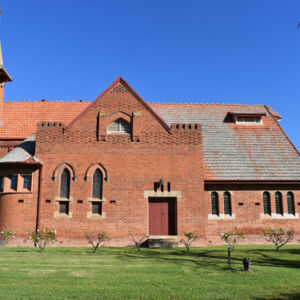 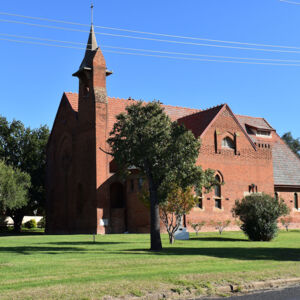 The Church was designed by Louis R. Williams of North and Williams and built from 1921 to 1922 by J. D. Ryan. It is also known as Cooee Church and Church of St. Ambrose.

The Foundation stone was laid by Governor of New South Wales, Sir Walter Edward Davidson, on 22 November 1920 with the words, "In the faith of Jesus Christ; in grateful memory of those who have served in the Great War, we place this foundation stone of a church to be built as a thank-offering for victory and peace." Governor Davidson in his speech alludes to the unique association the Church has with World War I.

The Church owes its existence, in a part, to a peace thanks-giving gift of £1,200, made by parishioners of St. Ambrose Church, Bournemouth, England to the town of Gilgandra, which they judged to be "the town in the British dominions with the greatest record of achievements in the war"