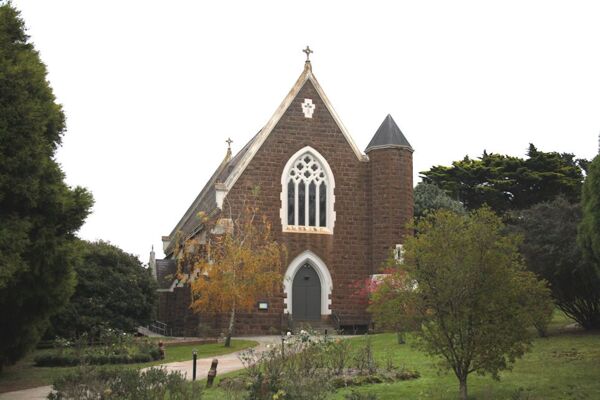 St. Patrick's Parish, was established in 1875 and incorporates a church and school in each of Ballan, Gordon and Springbank.

The land and a sum of one hundred and £90 for the stonework, nave, porch and tower was donated by Ryan brothers of Millbrook. The Architect was H R Casselli of Ballarat, the builders, Jenkin and Lewis.

On May 9th 1875 the Church (although still incomplete) was opened by Dr Goold. Later in 1875 Gordon was declared a parish, comprising of Gordon, Mt. Egerton, Mt. Blackwood, Ballan and Bacchus Marsh. Fr Richard Ellis was the first parish priest and Fr Sheehy was the first curate.

In 1901 extensions, consisting of a stone sanctuary to replace the previous wooden structure were blessed by Dean Phelan. Cost of the completed Church was £6,000.

In 1913 plans were drawn up for a new presbytery at Gordon and the presbytery was opened in 1914 by Archbishop Carr, assisted by Frs. Mulcahy and Conway. It was designed by Kempton and Connelly and built by Mr. Ireland. The total cost was £2,150.

In April 1927 further renovations to the church (which unfortunately meant the covering of the foundation stone) were completed.