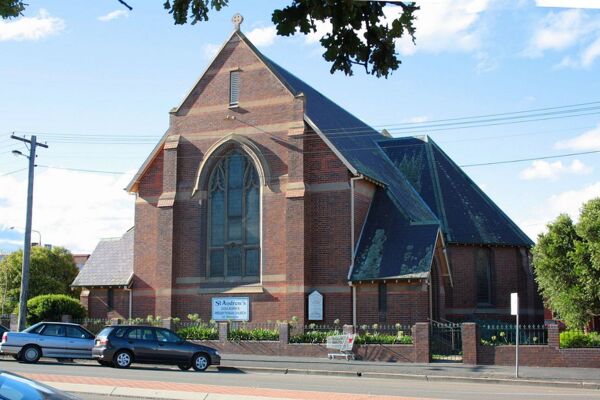 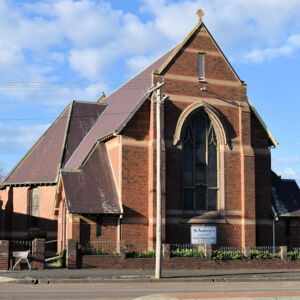 By order of the Governor in 1839, 2 acres of land for a church, schoolhouse and manse were marked off in the area today bounded by Sloane, Bradley and Craig Streets,and on 21st June, 1839, the first stone of the church was laid. The architect was William Hume, and the cost was £685. After the failure of the first builder to fulfil his obligations Thomas Brodie took over as builder. Although the church was not quite finished it was opened for public worship on 30th May, 1841.

It was known in early days as Scots Church, then as St Andrew’s and now is referred to as Old St Andrew’s.

The Foundation stone of the current church building was laid on 3 June 1924 by his Excellency the State Governor Sir Dudley De Chair K.C.B.

The Manse which was located up Clifford St, and whose garage wall shared with Bourke St School was supposedly used by Caroline Chisholm who assisted women and families who had recently immigrated to Australia in the 18th Century.*

A wall plaque reads, "St. Andrew's Presbyterian Church to the glory of God this building was re-dedicated by the Presbytery of Canberra on 12 February 1991 - Rev. K. King, minister and moderator of Presbytery".

It wasn’t until 1869 that a small harmonium was used to provide some music in the service. In 1881 a pipe organ was purchased from England which eventually cost £246.