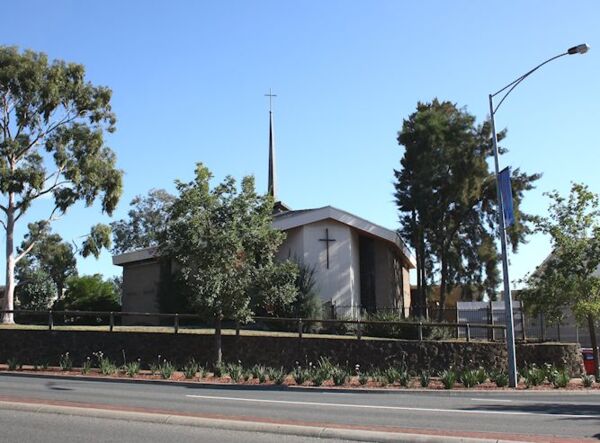 Church of England services can be traced back to around 1886. The first services took place in a barn owned by Major Anthony Bealle who "selected" St Helena near Greensborough in 1839.

A weatherboard church along with a school and vicarage were built in 1889 and were located where the current church is situated. The school was demolished in 1924 and replaced by a tennis court. This was in use until the early 1950's.

The current church was built in 1967 and the foundation stone was laid on 7 May 1966. Architects for the project were Blyth and Josephine Johnson and the church was built by SJ Weir Pty. It was the first Anglican church in Melbourne to be diamond shaped.

A Christian Bookshop was opened at the site on 24 April 1980 by the then Archbishop Robert Dann.