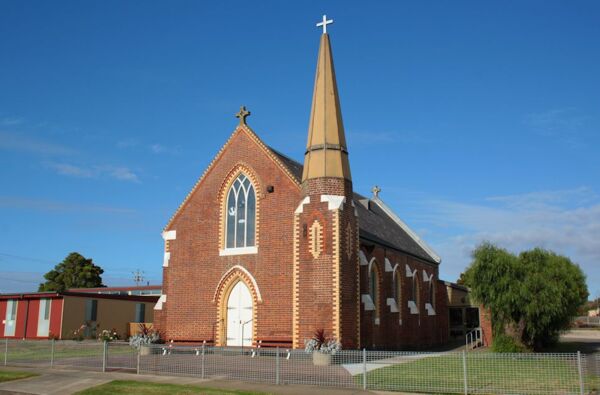 The beginnings of this church go back to 1849 when five families were brought out to Geelong by the local Geelong Mayor Dr Thomson. The first church was in Church Street. The first service was held on 24 June 1854. Grovedale was called Germantown at the time but this changed in 1915.

A Manse was built in 1855. In the following years there was a conflict between two factions in the church when Pastor Herman Herlitz was brought out from Germany to take up the Ministerial role. However a Peter Jacobson was already in this role. So it was a fact that those who where faithful to the Victorian Lutheran Synod left and set up a church in the school.

Renovations took place in 1990 with the floors and pews being the main focus of this work. In 1998 the slate roof was renovated.