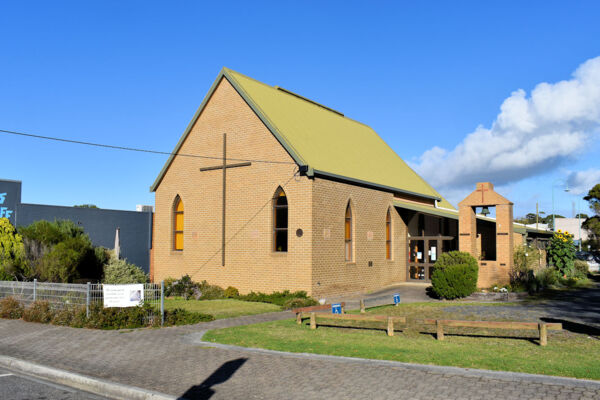 In 1890 Mr Jacob Thomas, a Methodist layman from Ballarat, donated a block of land near the Inverloch Jetty for use by the Methodist Church when it should be required. Between 1897 and 1929 services conducted under the Methodist banner were held in the Mechanics Hall.

Rev West from Leongatha held fortnightly services, but when he left in the late 1890's no further services were held until 1907 when Mr Little, who was working at Kilcunda, conducted the services.

Rev Thomas was appointed Trustee of the land near the jetty together with Messrs Michael Cock, John Kent, John Graham, Michael Ruttle, John Westerman and Mr Bellingham. The block was eventually sold for 25 pounds as it was considered unsuitable for the construction of a church.

In 1916 due to a shortage of preachers, Rev Rogers arranged for fortnightly services with the Church of England. In 1923 a building in Main Street, which had served as a State School, was purchased by Mr Taberner of Wonthaggi and removed. Upon request he agreed to sell the land to the Trustees for 35 pounds.

A Foundation plaque reads, " This Inverloch Uniting Church Complex was opened and dedicated To the Glory of God by The Chairman of the Gippsland Presbytery The Reverend John Copper on June 12th 1983".

1. A brief History of 100 Years of Worshipping Congregations in the Wongthaggi District.