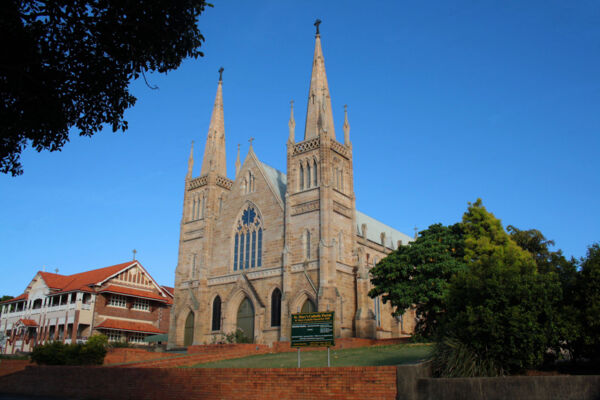 The Church was first established in 1849. Father William McGinty, from Northern Ireland, took charge of Ipswich Parish in 1852 and had the first Saint Mary's Church built. This building was described as "a rude slab building of small dimensions, without glass windows, only shutters." In 1862 this church was later demolished and replaced by a Gothic stone which cost £7,000.

The foundation stone of the current church was laid in 1900 by His Grace, Archbishop Dunne, assisted by Father Horan. Stone from the old church was to be used in the new church. On the 2nd of October, 1904, the church was officially blessed and opened by His Eminence Cardinal Moran, Archbishop of Sydney.