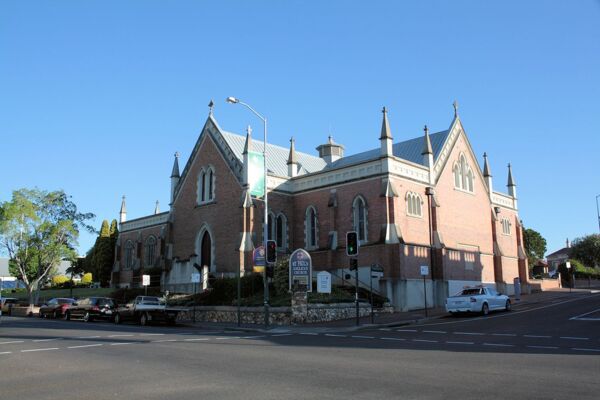 St. Paul’s Church of England was originally constructed in 1859, when Ipswich was still part of New South Wales. The revival gothic building is believed to have been designed by Edmund Blacket with the construction supervised by William Wakeling.

The first Church of England services in Ipswich were said to have been conducted in premises in Ellenborough Street. A brick church was constructed in 1850 on the corner of Brisbane and Nicholas Streets, on a site opposite the present day church.

The foundation stone of St Paul's was laid in 1855 but the church was not completed until June 1859.