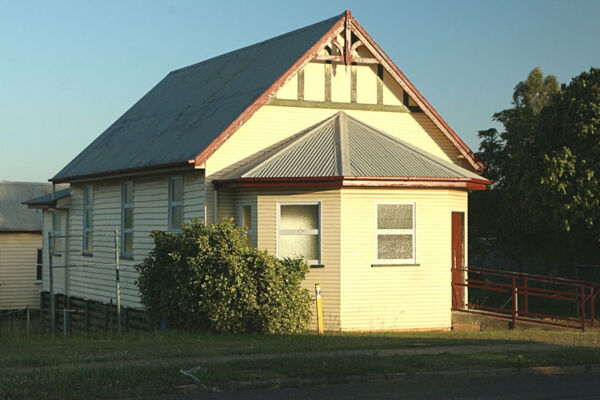 This church replaced an earlier one built near the old Methodist Cemetery. It was originally the Primitive Methodist Church in Boonah. In 1908 it was moved to Kalbar and after being totally renovated it was opened on 5 July 1908 as the Methodist Church. This church became the Uniting Church in 1977 and closed on Sunday 3 April 2016.