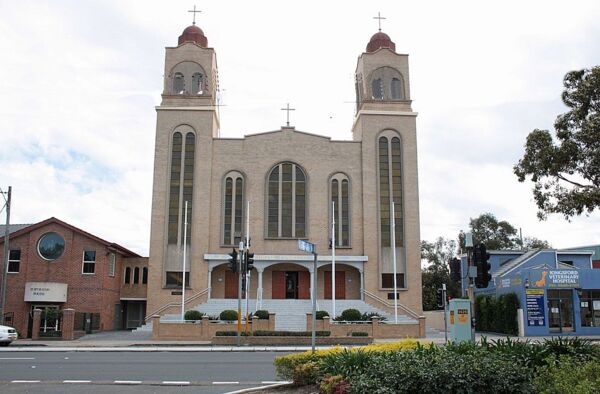 Daceyville was Crown land in the 1880's and was named Raggetty Flat.

In January of 1913, the Government Housing Board asked Archbishop Kelly if the Catholic Church was interested in participating in a ballot for sites to erect religious buildings in the then named Dacey Garden Suburb. The Archbishop accepted the invitation and the Church was awarded a site of just over 2 acres (0.825 ha bounded by Banks and Haig Avenues).

In May 1914, Father Kirby of Kensington, announced that the OLSH sisters from Kensington would commence teaching in a hall situated on the corner of Anzac Parade and Wallace Street. This so-called hall, incidentally, was little more than a shed and consisted of a small room and a larger room which was divided into two classrooms for the other pupils (Mass was celebrated in the larger room on Sundays).

By May 1914, Sisters Mercedes Lewis, Raymund Fingleton and Margaret Harrington commenced the school.