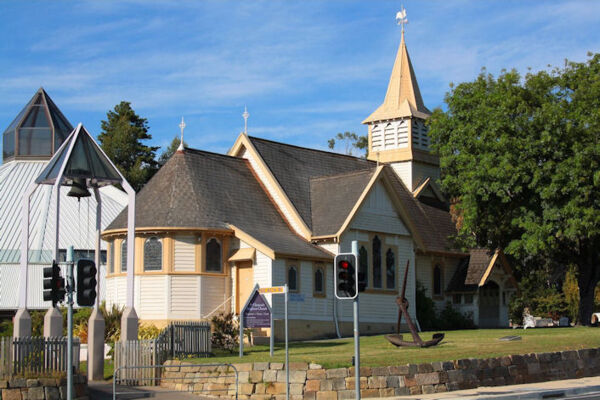 The first church was designed by James Blackburn and was dedicated in October 1852. It was consecrated in December 1856. It was repaired in S89,, but by 1892 it was falling down, so it was pulled down. A new church of wood, designed by George Fagg, was built and opened in 1894 and consecrated in February 1895. Tne choir and vestry were added in 1963.

1. The Anglican Church in Tasmania, A Diocesan history to mark the Sesquicentenary 1992 by Geoffrey Stephens
2. Cable Clergy Index.