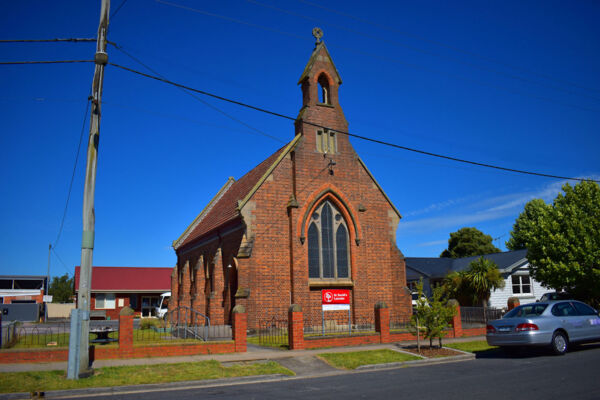 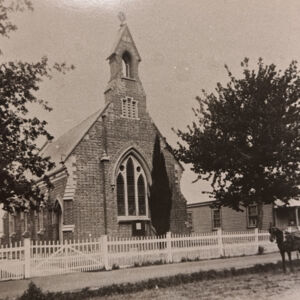 Churches in circuit covered by the Latrobe Minister were Latrobe, Sassafras, Harford, Melrose, Aberdeen & Greenbanks. First Mission was held in Latrobe Circuit in 1910 by Rev. V. Trigge. The Church is built of brick, with freestone facings and a slate roof, after a design by Mr. Gadsby, and has seating  for 200 people. The Foundation stone was laid in 1879.

The first service was held in the completed chapel on January 2, 1881. The members of the building committee were Rev. James Thomas (Chairman), and Messrs Bauld, Locke, Cox, Herron, Graham, Ray, Whitaker (Secretary), Woods (Clerk of Works), and G. Rockliff. Rev. G. Schofield became Chairman in April 1881. In 1929, the vestry was added to the Church building.

The church has undergone several name changes. A Methodist Church at the turn of last century, then the Uniting Church after 1977 and recently an Independent Presbyterian Church. Further history can be seen here.

This list of clergy come from two separate sources and may include both Wesleyan and Methodist clergy.

1. Methodist Church of Australasia Ministerial Index
2. Latrobe Museum.
3. Prints from the Past The Latrobe Community Story