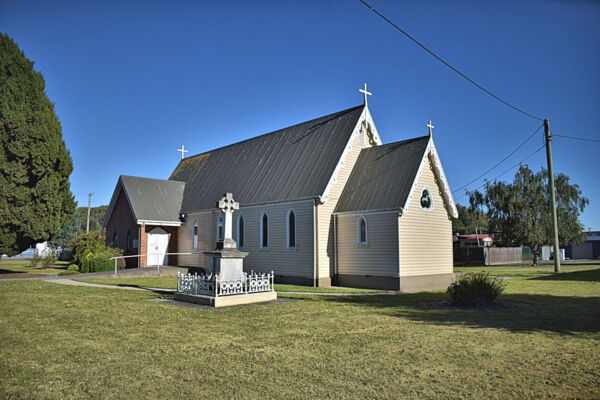 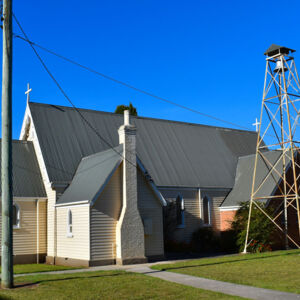 Bishop Willson applied for two acres at Latrobe, on October 22, 1864, as the site for a church, school and cemetery. The following February, he asked for another block in lieu of a section of land not granted "on account of the proposed tramway running near the land". The total land grant to the Catholics of Latrobe was five acres. Earlier the bishop had requested a site at Tarleton for the usual church, minister's dwelling and schoolhouse. This was on September 15, 1857. He also applied for a ten-acre plot for a cemetery "at the extreme end of the township". Two months later, James Sprent, the Acting Surveyor General, announced that the Government had approved a grant of two acres for a burial ground for the Catholic congregation.

The early history of St Patrick’s at Latrobe is personified through the lives of three individuals. The first is Father James Noone; or “James the builder”, who established the church at Latrobe as well other Catholic churches across the Northwest. The second is Sister Agnes, one of the pioneering Sisters’ of Mercy who opened the Order's first convent at St Patrick’s. The third is Father T.J. O’ Donnell, a charismatic and controversial leader who was not afraid of challenging authority.

The bell is a very old one, and originally was one of a peal in an old French abbey, which was destroyed by fire.

On one Pillar at the entrance a verse reads, "Greater love than this no man hath F.L. Hicks,W.E. Holland, Ted McGuire, E.L. Nolan, L.J. West E Sheean". On the opposite pillar it reads, "To all who fought, honour to all who died, glory and grateful remembrance".