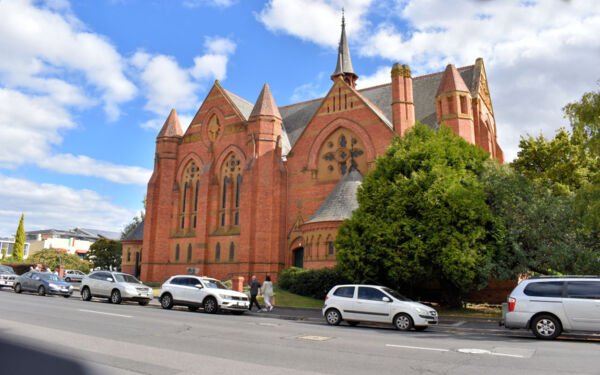 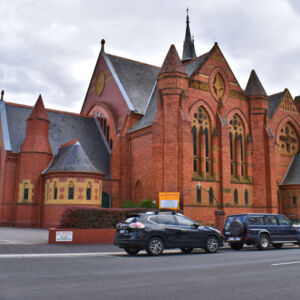 Of Gothic-Revival design and built of red brick and sandstone in 1901 replacing an earlier building. It was opened in the following year. One of Alexander North's most successful architectural works. It has the chancel, transepts and crossing. He was born in Huddersfield, Yorkshire, England.

The building incorporates a five-bay aisled nave, with immense western tower and flanking apses, but only the transepts, chancel, chapel and vestries were initially built.  The present narthex was built in the 1980s on the site of the intended nave.

First organ was installed by James Eagles of London at a cost of £445. The current Organ was built in 1887 by George Fincham, and incorporated pipework from the first organ. For a complete description click here.