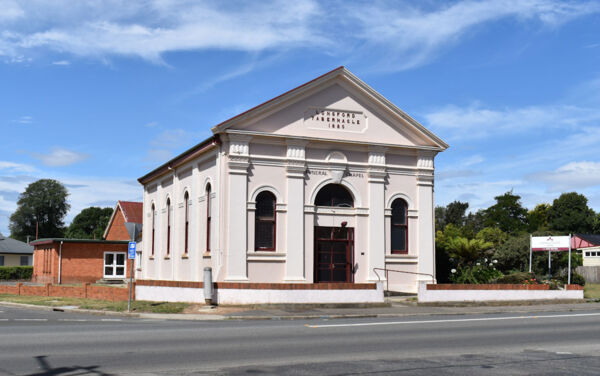 The first services were held in what were then known as the Assembly Rooms, and are now the front rooms of the Town Hall. During Pastor Wood's ministry the Sunday School Hall, erected at a cost of four hundred pounds, was received by the pastor as a gift from Mrs. Gibson. The main church building had previously been provided as a gift by the Gibson family.

A Foundation stone reads, "This stone was laid by Mrs Gibson Native Point June 11th 1880". Constructed & opened in 1880, to the same design as the Deloraine Tabernacle. The inside measurement of the church comprises length, 55ft; width, 32ft; affording sitting accommodation for 300 people in the centre of the church.

It is now a funeral parlour.

A full description can be seen here.