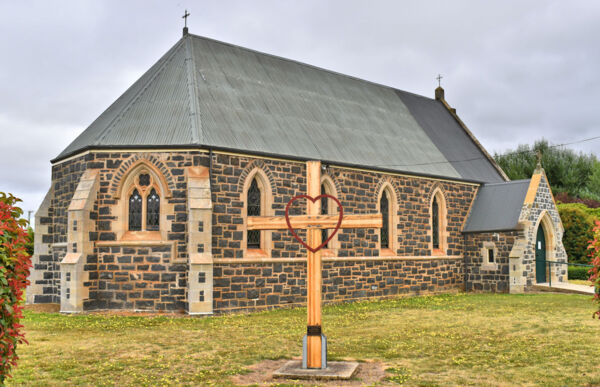 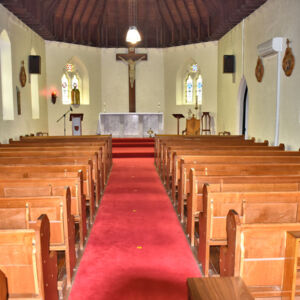 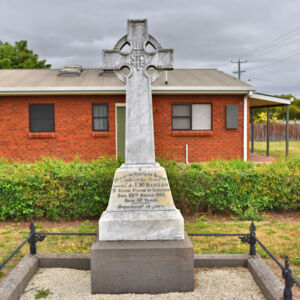 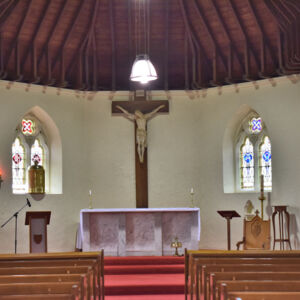 The first of the imposing bluestones which bind St Augustine's Church at Longford was laid in 1864 under the guidance of Longford's energetic parish priest, Fr John Butler. It was a simple act yet a grand occasion, bringing to an end a 50-odd year battle for land and funding for a church to serve the growing number of Catholic families in the district then generally known as the Plains, after is original name, Norfolk Plains.

In fact, the quest for a church in the north of Van Diemen's Land started in 1821 with the arrival in the colony of its first permanent Catholic priest, Fr Phillip Conolly.

Fulfilling the pioneer priest's dream for Longford first fell to Fr Ambrose Cotham, OSB, then domiciled in Launceston but responsible for Catholics scattered south of the township. It then became Fr John Butler's primary mission. Fr John Augustine Butler came to Van Diemen's Land on November 28, 1863 and was immediately sent to Launceston to minister the Catholic people of Longford, Carrick, Evandale and Perth.

Mr Henry Hunter was the Architect.

St Augustine’s came under the Launceston Charge in the 1970’s  and 1980's, then Westbury in the late 1980’s. From approx the 1990’s the church came under The Sacred Heart Missionaries, based in Sydney.

During Fr O’Connor's tenure a beautiful wooden cross – part of the 14-cross Way of the Cross pilgrimage around Tasmania – was erected in the church grounds in 2008.

Another history can be seen here.