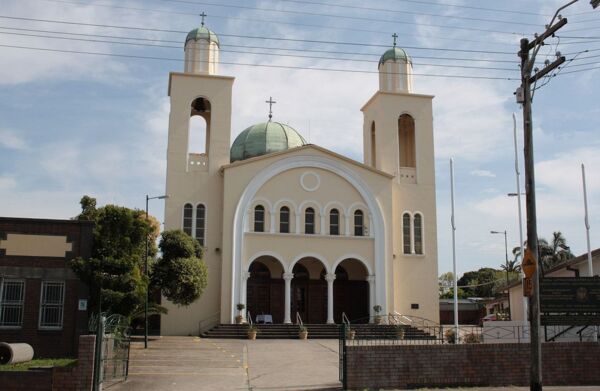 Between 1961 and 1966, the original house on the land acquired was converted into a Church.

The foundation Stone was laid on June 6th, 1965 by His Eminence Archbishop Ezekiel of Australia and New Zealand, with the Official Opening taking place on the 3rd October 1966 by His Grace Bishop Dionysios of Nazianzos.

The church has a white rendered facade with a square tower on either side, each capped by a copper dome. The centre bay has a triangular pediment over a large semicircular arch within which is the triple arch of the entry bay. The moulded detailing to the facade is painted blue. A large copper dome rises behind the pediment.

It was built at a cost of $140,000, was funded by the Greek community of Marrickville.