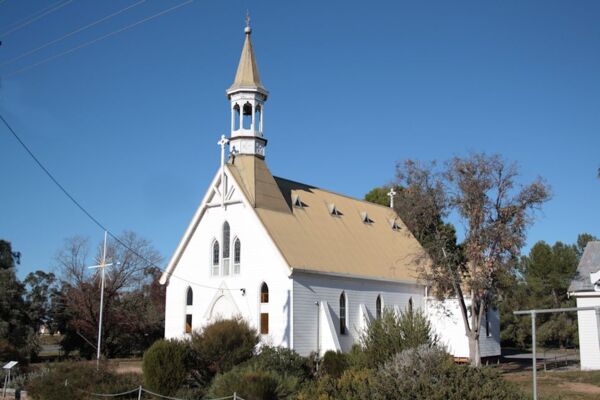 The first church services were held in 1874 in Mr A. Prices home. A wooden church was erected the following year on land donated by Mr C Petering at Kirchham.

The Church was originally located at Kirchheim and erected in 1889. In 1935 the church was moved to Minyip. Made of rectangular plan timber and weatherboard with pointed lancet windows the Architect was H. A..Gillies of Horsham. Of Victorian Gothic structure, Frazer and Company also of Horsham erected the church complete with octagonal bell tower. Total cost was1,100.00. A church hall was erected in 1927.

The original stained glass window was a paper glace window donated by Mr C Habel. This was later replaced. The bell was cast in Germany by Th Werner Kleinwelke in 1889.

The Organ was built by Alfred Fuller and comissioned in January of 1890.