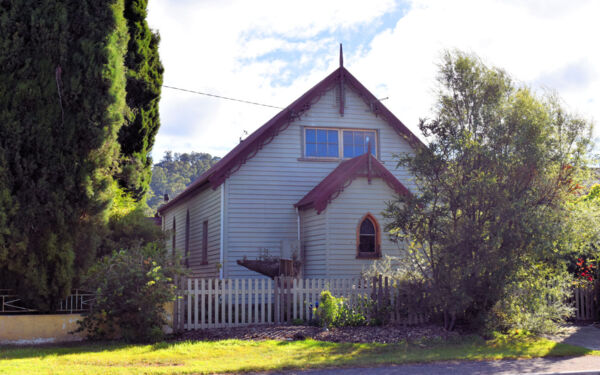 Construction of the church began on donated land, and an associated cottage in late 1876. It was completed in 1878, then enlarged in 1880, at which time the original building was moved to the rear and used as a supper room. An adjacent church hall was added in 1919. The Wesleyan chapel was rented by the Government for a school from at least June 1879. A new parsonage was built and opened in 1956 but was subsequently sold to Forestry Tasmania in 1972.