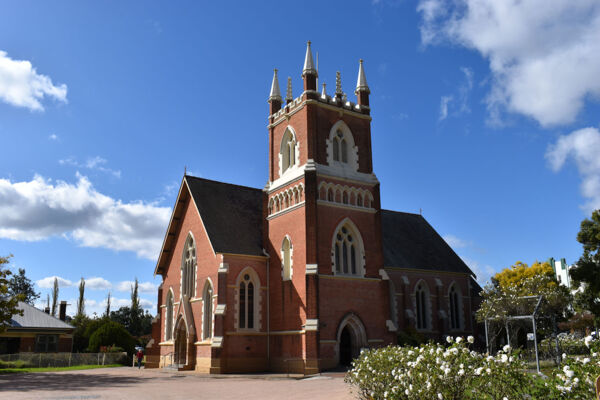 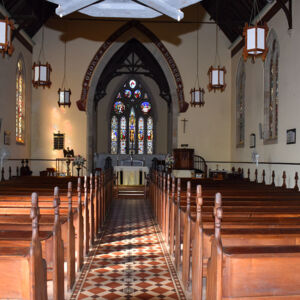 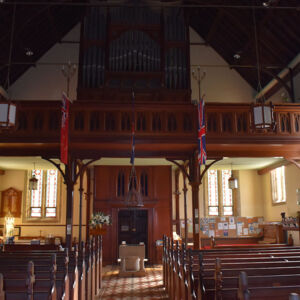 Influential men in Mudgee recognised the need for a permanent church to be built and a meeting was called. An amount of six hundred pounds was raised and a building committee was formed. In just over three years the first church of St John the Baptist was designed and built. On 16th May 1841 St John's was consecrated by the Bishop of Australia William Grant Broughton.

The second Church was built in 1860. Designed by colonial architects Weaver & Kemp, replacing the earlier church. In 1881 a warden of the church, Mr. R. White donated the Brindley & Forster Pipe Organ, a Sheffield steel bell and the bell tower. A restoration project included the restoration of the pipe organ with over 1600 pipes, the repair of rendered walls and the repainting of painted work.

The pipe organ came to St John's as a gift from Robert White in 1882, who was then the manager of the Bank of NSW in Mudgee. The organ was built by an English firm Brindley & Forster. The organ gallery was then built across the west end of the church to accommodate it.