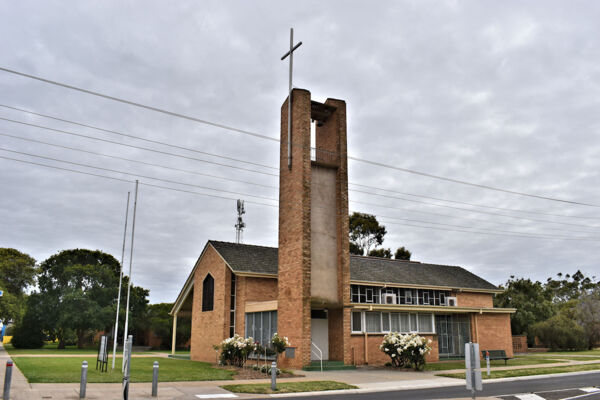 In 1884 the first block of land was purchased in Melville Street and the second block of land ajoining was purchased a year later which doubled the area. A Rectory was built on this some years later. In June, 1885, tenders were called  for the erection of a wooden church. The Architect was Alan McDonald and the builder, Mr. Harrison.

A Foundation stone reads, " To the Glory of God this stone was blessed and set into position by Thomas, third Bishop of Wangaratta on the 22 day of Oct 1960. Louis R Williams Architect Louis Hamon Church Warden  G.L. Perry Rector".