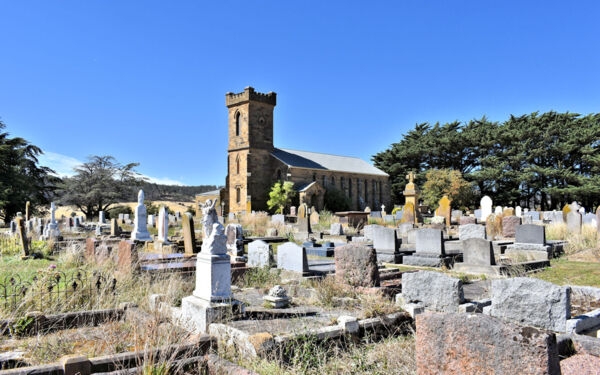 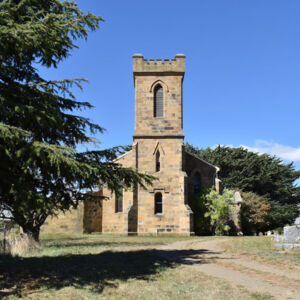 At first services were held in the police barracks, then in a small stone and clay chapel. The stone church designed by John Lee Archer was begun in 1838 and the official opening service and dedication by Bishop Nixon was in 1844, though the church was used prior to that date. It was licenced in December 1846. In 1958 the church was renovated and a vestry added.

A plaque on the building reads, "The building of the Church and Rectory began in 1838 to plans drawn up by Robert De Little and John Lee Archer. The original structure included a wooden shingled roof. The Rectory that was originally two stories with attic windows was reduced to one level in the 1930's.

The original burial ground is next to the Catholic Cemetery at the eastern end of Stanley Street. Prior to the building of the church Anglican services for settles, convicts and the military were conducted in temporary wooden structures on in the open".

1. Church Plaque.
2. The Anglican Church in Tasmania, A Diocesan history to mark the Sesquicentenary 1992 by Geoffrey Stephens.
3. Cable Clerical Index.