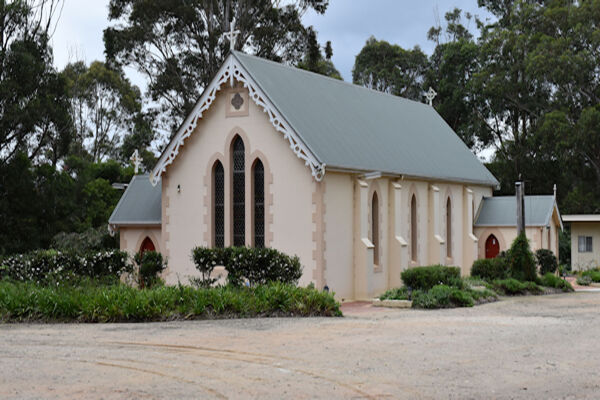 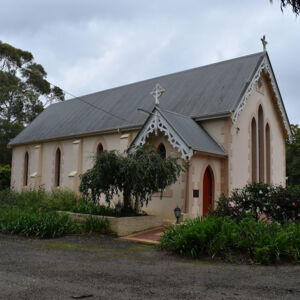 The first Catholic church was of slab construction near the bridge at Pambula.  It was destroyed by huge floods in the early 1850's.  A second timber church was built opposite Pambula Court House but was burnt down in the 1862 town fires.  The present church was built in 1867.  During the 1990's parishioners raised money by cutting firewood, holding craft stall etc. to fund the restoration of the church and landscaping.

In 1889 a presbytery was bought behind St. Peter's Pambula and it was occupied by the Parish Priests until 1977 when Fr. Dermot Clinton sold it and built the present one beside the Church in Merimbula. The Parish Centre was as a work shop originally until purchased by the Parish when it at first used by our St. Vincent de Paul group for storage before being converted into the Parish Centre.

In 1999 the memorial garden was established by volunteer labour.

St. Peter's was restored in the 1990s and is the oldest Catholic Church in the area still in continual usage. Fr. Slattery also built the original Church in Eden in 1863, the first small St. Patrick's Church in Bega in 1865, St. Columkill's Church in Bemboka in 1872 and St. Joseph's in Candelo in 1875. He also built the Bega Presbytery in 1870 and St. Brigid's Church, Rocky Hall which was finished in 1886 but has now been demolished. St. Joseph's Wyndham was built in 1898 and restored in 2012. Our Lady of the Prince's Highway, Kiah was built by local families in 1920 & restored in 2009.

A plaque reads, " Commemorating The Sesquicentenary of the Pambula Parish 1865 - 2015. With Gratitude to all our serving Priests. Blessed and unveiled by Archbishop Christopher Prowse Fr James T. Anthony CMI Administrator".