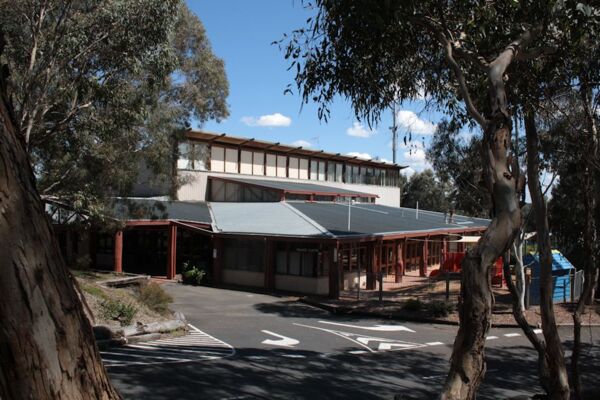 Between 1954 and 1956 several homes were used for services including Gordon and Margaret Brown in Grimshaw Street. The first church was in Hobson Street between 1956 and 1960 which is now a medical centre.

A tender was accepted  from J.R. and G. Hooper and completed was expected by the end of 1956. The hall was very basic, with a folding door in the centre, an outside toilet and a brick garage. It was officially opened on December 8th and Margaret Brown unlocked the door. A 16-stop organ was obtained from Moorabbin and chairs from the Austin Hospital.

Around 1980 the Old Melbourne Motor Inn was chosen as a new site for the Church. Keith Butler was the Architect due to his work with Baptist Churches and his plans were submitted at the end of 1981.

In addition to direct giving to fund the new church, there was the anticipated sale of the existing church property, and the Finance Committee made approaches to financial institutions for a loan of $200,000. As it happened, a loan of $20,000 was sufficient to overcome a cash flow problem. The cost of stage one, when the building could be used for worship was approximately $171,500.

1. Light up the Valley. The story of the Greensborough and Diamond Valley Baptist Church. Granville Wilson SLTF 286.19451 W69L
2. Ryerson Index.