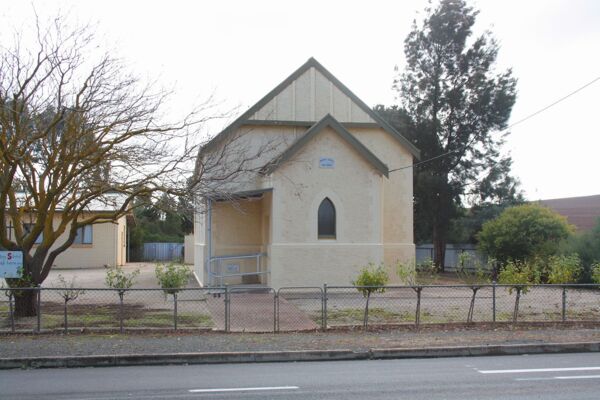 The first of these services was held on 3 March 1905, five families attending on that occasion. They first held services in the Institute or in the adjoining Lodge Room, and later the Baptist Church was hired until their own church was completed in 1925. Progress during these early years was slow and was not marked by any great increase in membership.

By 1923 the work had progressed to such a stage that a meeting on 14 February 1923, under the chairmanship of Pastor H.W.E. Harms, decided to form a congregation to be known as "Zion Congregation of Saddleworth". Those present at this meeting were Messrs H. Blucher, A. Mibus, C. Kurtzer, F. Parbs, F. Vater, H. Moyle and H. Jaensch, who was appointed Secretary.

The Foundation stone was laid on 24 May 1925 and the church was dedicated on 4 October 1925. The church bell was originally used at St Peter's Lutheran Peterborough but was donated on 27 April 2003.

In 1987 a Hammond electric organ was purchased.