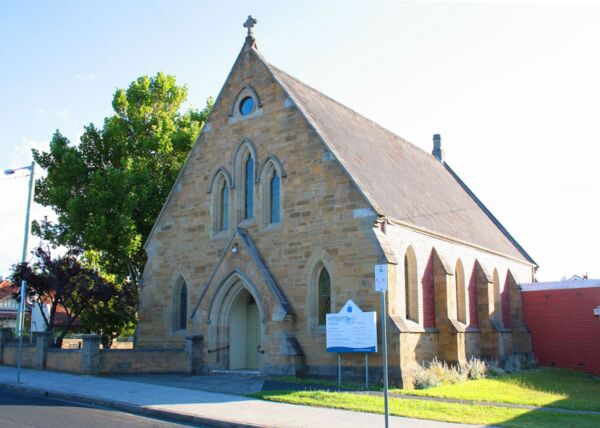 Services were first held in a school room and in St Mattias' Church (now a Baptist church). In 1917 the old Mariners Church of 1862 on the wharfwas pulled down. The stone and bricks costing 50 were brough by Mr ans Mrs Edward Pearce and were given for St Peter's which was erected in 1918 in memory of their son Clyde who was killed in action in the 1914 - 1918 War.

The vestry was rebuilt and enalrged in 1970. The Church was consecrated in 1918 and was built by Gillham Brothers. The stone boundary fence was donated by Fred Hopkins in memory of his wife.

1. The Anglican Church in Tasmania, A Diocesan history to mark the Sesquicentenary 1992 by Geoffrey Stephens.
2. Cable Clergy Index