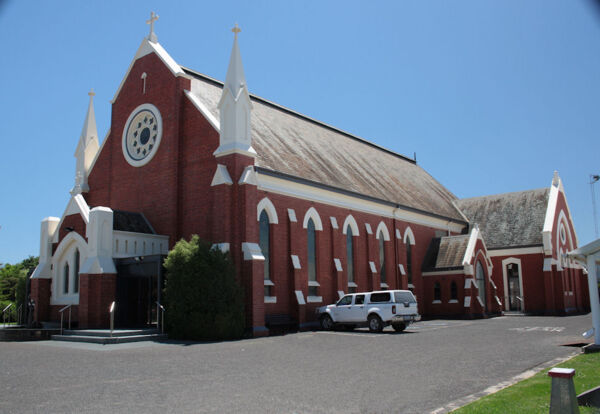 The very first Mass held in the Shepparton area was held in 1876.*

The first reference to St Brendan's church was made in the Advocate Newspaper of 16 July 1881 when it mentioned the drawing of an Art Union for the St Brendan's Presbytery. The names of the Architect and builder are not known due to a fire that destroyed the records.*

The first Church was opened and dedicated on 25 May 1879 with the Right Reverend Dr Crane assisting Fathers Scanlan and Kennedy with 400 people attending.*

In 1883 it was decided to enlarge the church as the population of Shepparton had grown so large that the church could not hold enough Mass's. Tenders were called on 13 November for the enlargement and plastering of the church. By the following February the new enlarged church was dedicated by Dr Reville O.S.A.*

A fire destroyed the church on 29 January 1900 but by 11 November the same year had been re built. By 1924 further enlargements had been carried out.*