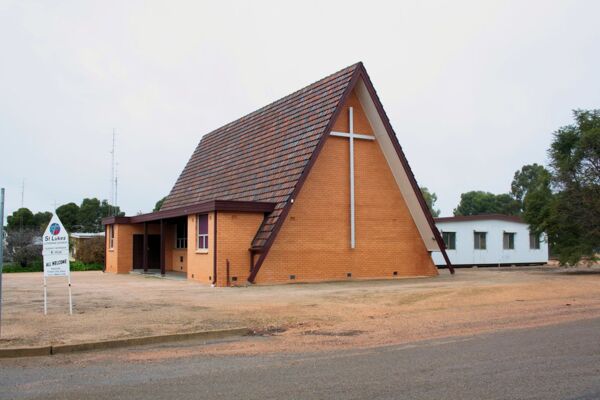 The first Lutheran settler in the Snowtown area was Gottlieb Ferdinand Welke who settled there in 1873. More families arrived in later years and formed the Condowie congregation.

However the first Lutheran services in Snowtown were conducted in 1951 by Pastor R.F. Blaess of Balaclava under the ELCA banner. Numbers were small and services transferred to Lochiel by 1961.

Around the same time St John's Condowie were holding talks about forming a congregation in Snowtown itself and on 3 July 1960 the first service was held in the Snowtown Methodist Hall. By July 1961 two blocks of land had been purchased.

The Foundation stone of the current church was laid on 9 October 1966. The Architect was Drogemuller and Pudney. The church was to seat 114 persons. The builder was C and R Ouwerkerk of Snowtown. The dedication service was held on 18 December 1966.