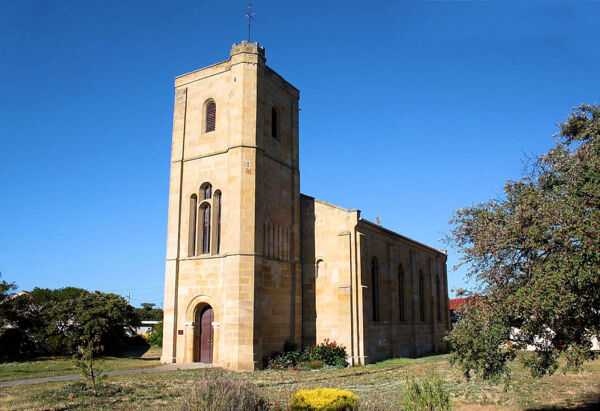 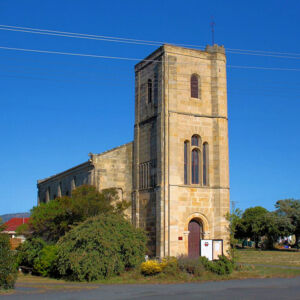 Formerly a Presbyterian church this sandstone pure Romanesque styled church was built and completed in 1842. Architect was James Blackburn a convict architect. It has a gabled roof and central tall square tower with semi-circular arch topped entrance.

The foundation stone was laid in 1840 by the Reverend John Lillie of Hobart and was completed in 1842. The land for the new church had been donated by an early settler, Andrew Counsel, and the Church bell was donated by Mr. George Marshall of Noble Farm.

During 1967 the Committee of Management of Lillian Martin Home decided to establish eight housing units for single persons who were aged victims of the bush fires of February 1967. Thes untins were part of the church land. The cost was met from Fire Relief Funds and the Federal Government. The eight units and the Fraser Room were opened on August 6, 1968 by the Moderator-General, the Rt. Reverend Norman Faichney.

The church is now closed according to reports.