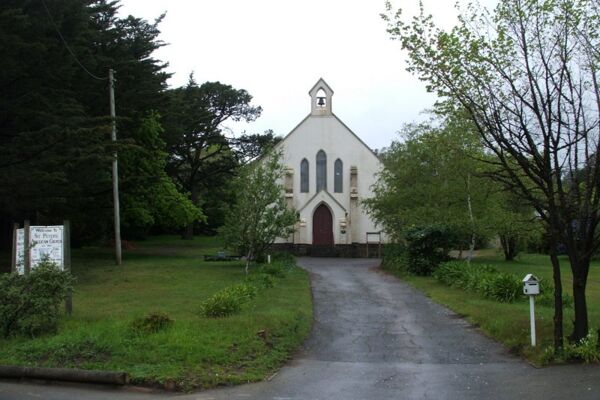 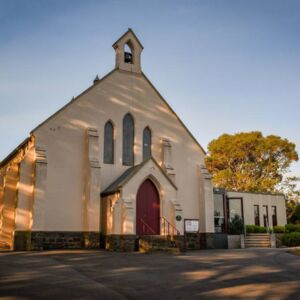 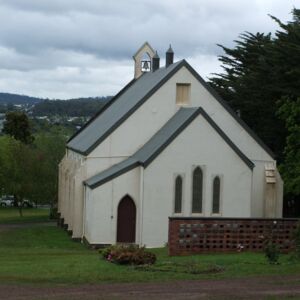 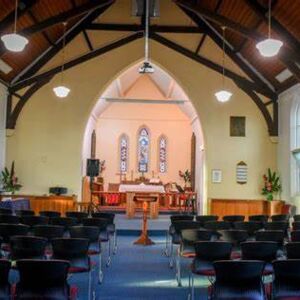 The first parish church, dedicated to St. Peter, was opened for service on April 18, 1847. The foundation stone having been laid by Archdeacon Marriott on December 9, 1846. The site was then in the middle of the sprawling "Mount Esk Estate (now Nazareth House).

This advertisement appeared in "The Examiner" the following week: "Saint Peter's Church Patterson's Plains ' All persons interested in the general arrangement of the above church, or in the continuance of service therein, are requested to attend a meeting for the disposal of seats, and to the consideration of other matters connected with the permanent utility of the said service at the Church on Thursday the 29th April next at three o'clock p.m. precisely".

The first signed financial statement of which there is a record, is for the year 1849 when the income, mainly from pew rents, was £27.4.11. Of course the congregation was not then responsible for stipend.

Among the more unusual items of expenditure are the following : Hire of minister's horse 6/-1 Broom and bucket 6/-, Door mat 1/-, Washing surplice 1/6. The latter appears to have been a quarterly task performed by Mrs. Stuart. The statement is signed by Richard Warren and Wilhelm Stevenson, Churchwordens, and Henry Plow Kane, Clerk, Minister and Chaplain.

Under Reverend Griffiths leadership during the period 2005 - 2017 he re-established the parish which was in recess. Church numbers grew, upgrading of the church building and an extension to the Hall also took place.

This was given by Mrs. Thomas Smith, whose daughter Mrs. Charles Summers was organist for many years and was succeeded in the post by her daughter Miss Beulah Summers.