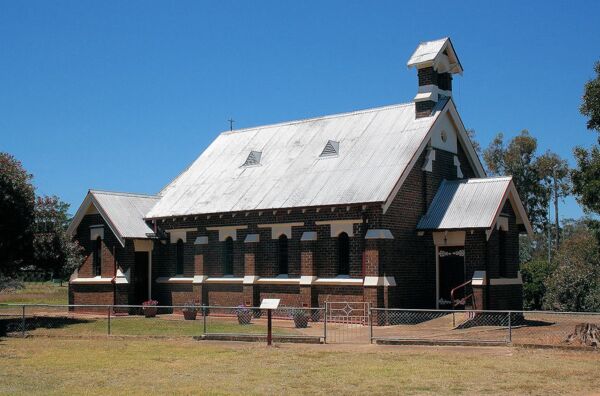 The Church was opened in 1911. Prior to the building of St James, Anglicans worshipped in a small building situated on the Grogan Road and used by all denominations.

The foundation stone for the building was laid on May 25, 1910 by the Bishop of Goulburn the Right Reverend C.C. Barlow and the opening date was March 15, 1911.

The church opened free of debt, costing £840. The land on which the church now sits was originally purchased by Thomas Quirk in 1902 and sold to the Church of England in 1906.

The first wedding celebrated in the Church was on April 5, 1911 when Frank Corby married Nell Loiterton. Mr and Mrs Corby went on to have two sons, Don and Neil Corby, who today are strong members of the Stockinbingal and Cootamundra communities.