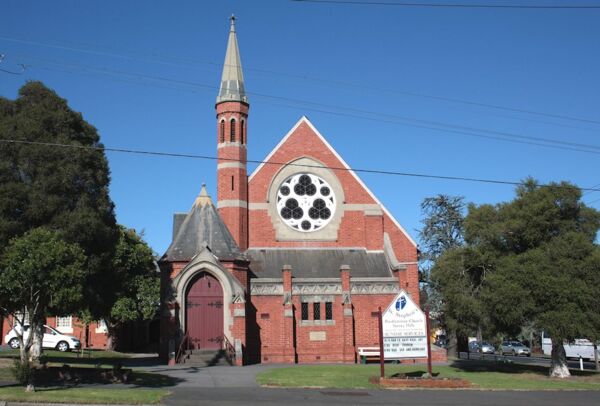 The first divine worship at Surrey Hills 6 February 1887 took place in a Recreation Hall in Windsor Crescent. These services continued until a wooden church was built in Boundary Road (now Warrigal Road) and opened for use in March 1889.*

In September, 1909, the committee reported that tenders had been called for, ( a new church) and that of Mr. A. B. Robertson was accepted. On the 2nd July, 1910, the minister, Mr. McDonald, laid the memorial stone of a fine brick church, in the presence of a large gathering, on which occasion £110 was collected.

The building was completed, and formal possession taken on Saturday, December 10, 1910, when a short service took place, the Revs. W. S. Rolland and D. Ross, M.A., taking part. The church was opened for public worship on the following day, the dedication service being conducted by Rev. Alexander Skene, M.A,, one of the professors in the Theological Hall.

The Church was re named St Stephens in 1947 at a naming of the Church ceremony.*

Tenders for a new church were called in September 1909 and that from a Mr Robertson was accepted at a cost of 5,000. The Foundation stone was laid by Reverend McDonald on 2 July 1910.*