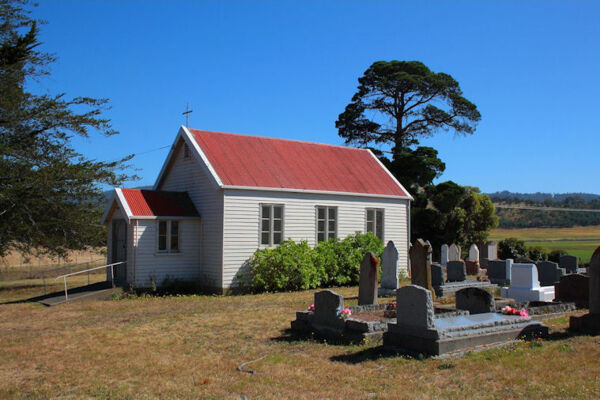 In January 1880 the Church of England Diocesan Synod announced preliminary steps to establish a small church at Tea Tree. Rapid progress was made and tenders were called for in August of the same year. In December the foundation stone was laid in a ceremony reported by the Hobart Mercury.

The church was officially opened on 2 May 1881 by the Ven. Archdeacon Davenport, assisted by the Revs. Canon Mason, C. J. Brammall, S. B. Fookes, and J. K. Willmer, incumbent.

In 2018 St Thomas’ was listed as one of 73 churches to be sold by the Anglican church to meet its commitment under the National Redress Scheme.