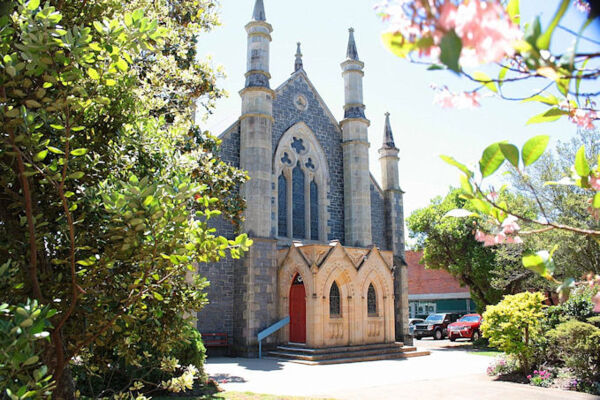 The site of the present church in Neil Street was purchased in 1874, and the foundation stone of the new church building was laid in 1883. The building was opened in June 1884,1 having been designed by the prominent Toowoomba architect James Marks.

The Church was built of local basalt and sandstone and was completed in 1884. A fire in 1989 which resulted in the collapse of the roof, damaging the organ beyond repair. Re-construction was not completed until 1993.

Built by the Estey Organ Co of Brattleboro, Vermont USA and installed in 1913. A full hisotry can be seen here.