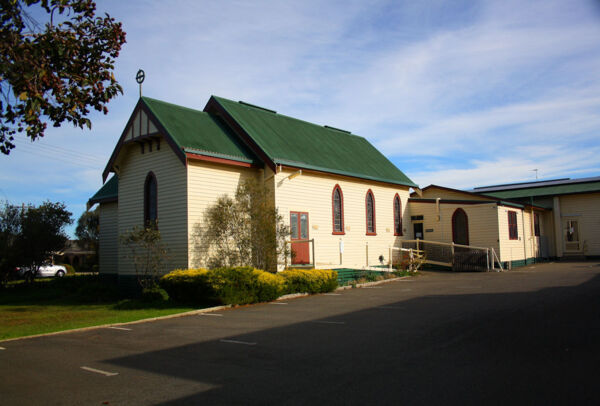 While early Anglican families gathered for worship at odd times from 1917, regular services began on the first Sunday in August in 1946 and were held in the Torquay Public Hall. The Ladies' Guild was formed on the 14th of August in the same year.

The St Luke's Church building was transported from Fyansford in March 1947, and dedicated by the Archdeacon of Geelong, Bishop Donald Baker on the 15th of May 1947. The Sunday School opened on the 1st of June 1947 with Miss Joyce Smith (later Mrs Joyce Hunt) as Superintendent.