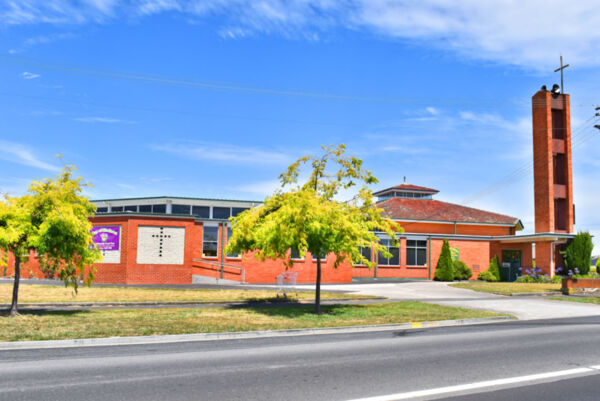 The first Anglican church in Ulverstone was opened in 1868, “on the site of the cemetery” in Leven St and remained on this site until 1893. The first service was held in Fogg's store, then in a wooden church in the cemetery, built in 1868. In 1890 plans were made for a new church on the corner of Patrick and Badger Streets, but the following year the decision was made to alter it to "next to Mr. Smith's".

In 1893 the old wooden church was moved from the cemetery to the present church site and enlarged. In 1892 Ulverstone became the centre of the parish instead of the old centre of Forth, and the parish was Forth and Leven. In 1894 there is the report of an ordination in "the new Holy Trinity, Ulverstone, nearing completion". In 1895 Ulverstone was one of the churches in the parish to be enlarged. At one time, certainly in 1918, there were seventeen centres in the parish.

At the 1944 Synod the name of the parish was changed from Forth and Leven to Ulverstone. In 1959 a new modern church, designed by Louis Williams, was begun. In May 1961 the church was dedicated. It has a forty five foot brick tower and cost 23,000. Consecrated, May 1978.

A Foundation stone reads, " To the Glory of God this stone was laid by the Right Rev Dr C.F. Cranswick Th L 26 November 1960".

1. The Anglican Church in Tasmania, A Diocesan history to mark the Sesquicentenary 1992 by Geoffrey Stephens
2. Cable Clergy Index.
3. For a full history go to Monissa website and click here.