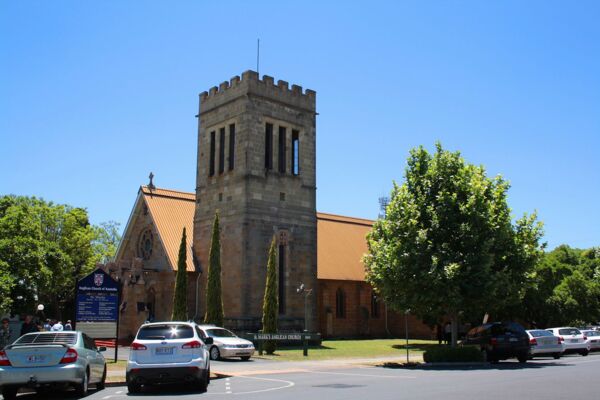 The first Anglican service in Warwick was held about 1848, and services continued in the temporary accommodation offered by the old Court House in Alice Street until 1858 when a timber church was constructed on the site of the present stone building in Grafton Street.

Constructed of stone and consisting originally of chancel and transepts only: Norman in character, later additions include turreted belfry. The Church was constructed to design of Brisbane architect, Richard George Suter. This was the second Anglican Church on this site.

This first church was a simple slab structure with nave and transepts, covered by a shingled roof. The building was constructed at a cost of 329/10/0 and was built by John Niblock and John Thompson.