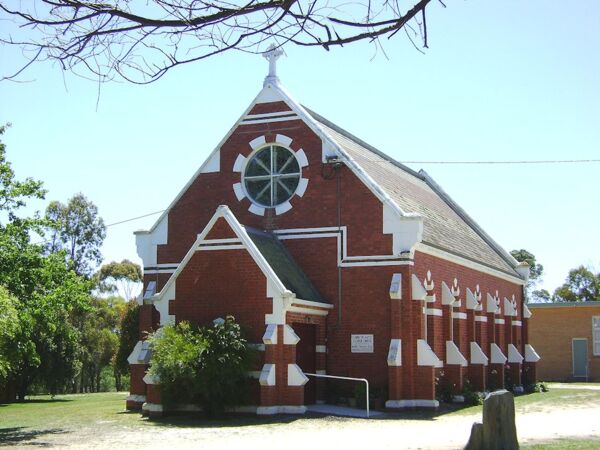 As early as 1842, Catholic pioneers living in the isolated and sparsely settled Western District of Victoria received occasional visits from a priest, to minister to their spiritual needs. He was Fr Michael Stephens O.S.A. who moved to Geelong in September that year.

As far back as 1855, Dean Fitzpatrick V.G. had applied for a grant of land in Winchelsea. The two acre block faced Mercer and Harding Streets. It was formally reserved on 20.5.1855, but no trustees were ever appointed until 20.1 .1914, when the Melbourne Roman Catholic Trust Corporation was Set up by an Act of Parliament. Although the land was secured, there was no move to build a church.

The church, was dedicated and officially opened on 18th December 1892 with Archbishop Carr in attendance.