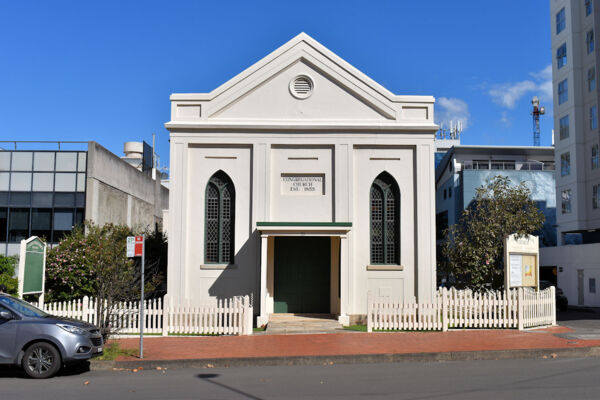 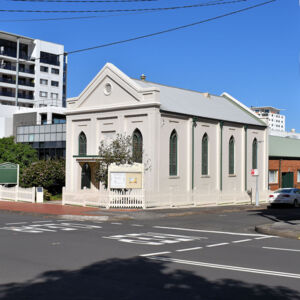 A notice board at the fron of the Church reads,

The church building was opened on 6th August, 1857. Before this, the Congregational fellowship, which had been established in 1855, held services in a small wooden chapel around the corner in Kembla (Camla) St. The shop owner, David Jones (to whom a window is dedicated), and the owner of the Sydney (Morning) Herald, John Fairfax, were trustees of the church and regular visitors, travelling by steamer from Sydney to Belmore Basin.

The Illawarra Mercury in its report of the opening described the building as being "54 feet by 30 feet;  capable of seating 200 persons and is fitted with cedar throughout. The roof is open and the windows are gothic. The church is entered by an ornamental portico, approached by a flight of stone steps, and the ground in which it is erected is enclosed by a neat paling."

While there have been a number of changes to the interior of the church over the years to meet the changing needs of the congregation, and a succession of halls added at the rear, the structure of the building is largely as it was in 1857.